A surprising perfectionist, Elvis was known to record dozens of takes for many of his records, often loosening up at the beginning of a session by playing around with different readings of the songs he'd decided to record; and while he got the feel of how he wanted his performances to go, the tape rolled. Commemorating the 25th anniversary of his death, RCA's four-disc Today, Tomorrow, & Forever presented fans with 100 tracks of previously unreleased Presley, a parade of alternate takes -- both very welcome and curiously not so -- and scattered live recordings from throughout his career. (Although not a career record, the version of 1958's "Doncha' Think It's Time" used here was the 48th, and final take.) Among the highlights: seven songs from an incendiary set recorded in Arkansas on May 16, 1956, a 1959 version of "The Fool" recorded with Elvis alone at the piano while serving in Germany, and a few songs each of previously unreleased material from his first two seasons at Las Vegas' International Hotel, in 1969 and 1970. It's not clear, however, why the compilers deemed it necessary to include almost two dozen selections from the notoriously weak material used on Presley's '60s soundtracks, including "The Love Machine" (which the liners admit is "a ghastly song") and "My Desert Serenade" (with the added apology/defense, "he had every reason to sound desperately uncomfortable"). RCA certainly deserves credit for refusing to pad this collection with hits or old material unnecessary for collectors, but that's really the only audience left interested by this exhaustive display. 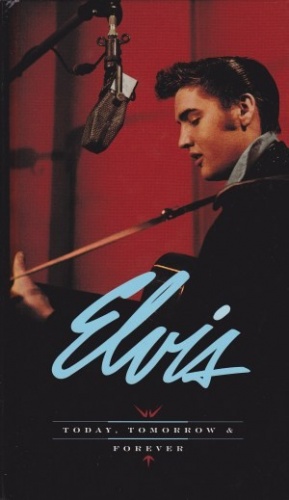