The last Elvis Presley album released in the singer's lifetime, Moody Blue has a somewhat checkered history, especially among fans. Issued two months before Presley died, the album sold moderately well until Presley died -- then it soared up the charts to number three, as his most current album, and it ultimately sold two million copies. As to the music, the original ten-song album was a mixed bag of live recordings, interspersed with new studio work from the previous fall at Graceland. For all of its slapped-together feel, however, Moody Blue held up. The title song, authored by Mark James (who'd previously written "Suspicious Minds"), was just about as good a single as Elvis released in the 1970s, topping the country charts earlier in 1977; additionally, he did a superb reinterpretation of the George Jones hit "She Thinks I Still Care." "Little Darlin'" was almost more of a burlesque of the '50s rock & roll standard than a real performance, but it is more than made up for by the presence of the Johnny Ace classic "Pledging My Love," done with depth and sincerity. 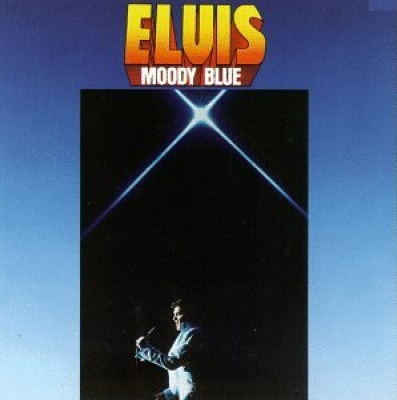