Roustabout took Elvis Presley to the carnival, a setting referenced often over the course of the 20-minute soundtrack. "It's Carnival Time" and "Carny Town" bring the circus to the title, but "It's a Wonderful World" and "Roustabout" also nod toward the midway, a good indication that the 11 songs here aren't necessarily designed to be heard outside of the film, and yet Roustabout wound up topping the Billboard charts. Blame this number one entirely on momentum: there were no hits on this album and it'd be another decade before Elvis reached the top slot again. Despite its high chart placement, Roustabout can be seen as the beginning of the decline in terms of Elvis flicks. His last few soundtrack albums were patchy due to their reliance on tunes designed for the screen but they were often constructed to hit their marks exactly. On Roustabout, any sense of precision is gone: it was just good enough to get into the ball park. As Presley is a pro surrounded by pros, there are moments on the record that are fun -- a silly revival of the old Coasters hit "Little Egypt" works up a head of steam, the title theme is suitably widescreen, and "Hard Knocks" is a fairly vigorous rocker -- but much of the soundtrack is forced frivolity, giving the appearance of high spirits but feeling rather spent. 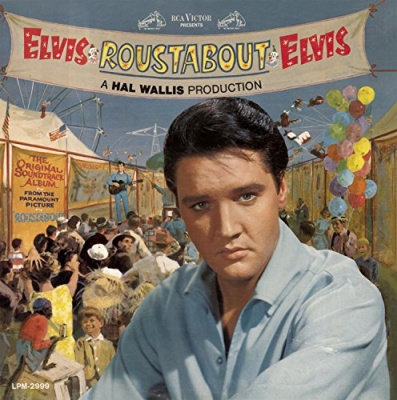