Girl Happy sent Elvis Presley down to Fort Lauderdale for spring break -- a plot point celebrated in the soundtrack's "Spring Fever" and "Fort Lauderdale Chamber of Commerce," the songs that kick off this 1965 soundtrack. By this point, songs designed solely for a silver screen lark were standard practice on Elvis LPs, but the tunes on Girl Happy feel broader and goofier, or, to use a word often associated with Presley soundtracks, they feel like camp. There are a number of reasons for the transition, including Presley aging as a matinee star -- in 1965, he had been top-lining films for nine years -- but on sheer musical terms, it can be boiled down to Colonel Tom Parker demanding to own publishing, and RCA producers attempting to navigate the swiftly shifting tides of pop music in the mid-'60s. Nobody in the Elvis camp was ready to address the swinging sounds coming out of Britain, so the production of Girl Happy often winds up as an overly aggressive, ramped-up version of standard pre-Beatles pop, a decision that, when paired with the ridiculous songs, turns this record deeply dopey. "Do the Clam" bears the brunt of the record's retroactive derision, but that's only because it was a single: it's silly but spirited, a song that's beneath the gifts of Elvis but nevertheless has energy, as does another highlight here, "The Meanest Girl in Town." Girl Happy falls apart when the songwriters write to the screenplay and wind up with terrible beach-bikini bops, including the aforementioned Florida tunes, but those are both eclipsed by the dreadful "Wolf Call." The ballads don't fare much better, either, sinking down into a syrupy mess, an affliction that also befalls "Puppet on a String," a dainty throwaway that was nevertheless released as a 45 later in 1965 when RCA realized nothing on Harum Scarum could be salvaged as a single. So, as bad as Girl Happy is, things did get worse, and quickly, too. 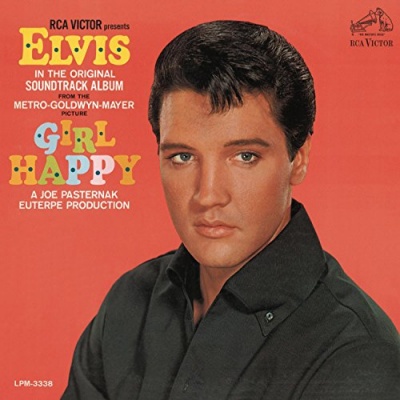