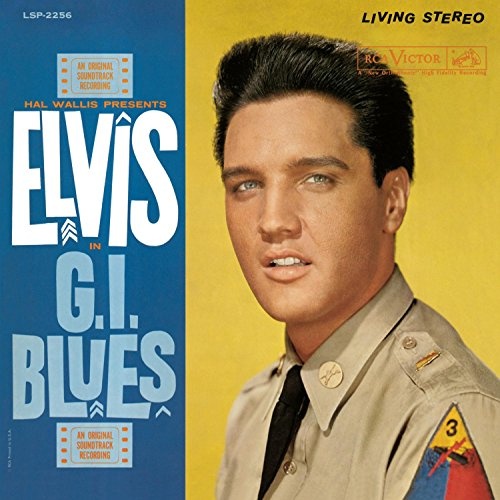 G.I. Blues marks the point when Elvis Presley's '60s begin. It's the first film he made after leaving the Army -- parts of the production were shot in Germany just prior to his release -- and it's also the first of his many movie soundtracks, a form that did Elvis few favors. G.I. Blues is nowhere near as tacky as some of the soundtracks that arrived later, but it nevertheless makes clear Col. Tom Parker's desire to move Presley from rock & roll and into the show biz middle of the road. Only a bold, rollicking run-through of Carl Perkins' "Blue Suede Shoes" could be called rock & roll, although "Shoppin' Around" also swings to a bluesy backbeat and there's a bit of a spark to the title track, a song that's cleverly perched between rock and show tunes without explicitly reworking previous Elvis recordings the way that "Tonight Is So Right for Love" or "Frankfort Special" do (the former kicks off with a rhythm out of "Such a Night," the latter "Mystery Train"). Most of G.I. Blues belongs firmly to the song-and-dance camp and for good reason: the film is a musical comedy, so the songs should be effervescent trifles, which they are. Elvis handles them admirably, never sounding embarrassed and often lending them a considerable amount of charm, a quality that when combined with a crackerjack band makes G.I. Blues an amiable lark.