Aloha from Hawaii via Satellite Review

Aloha from Hawaii Via Satellite is a double-album set that captures Elvis' celebrated live television concert from 1973. Arguably, it also captures the peak of the Presley live extravaganzas of the '70s. Spanning two albums and 30 songs (the single-CD reissue from 1992 trims the number of songs to 24), the record finds Elvis pulling out all the stops, running through a set that favors covers and new material at the expense of classics. That's hardly a complaint, since the whole point of his concerts in the '70s was a sensory onslaught, where a bluesy (albeit over the top) version of "See See Rider" could sit next to a schmaltzy showstopper like "American Trilogy." And the key to the whole thing is that Elvis actually sounds more committed to "American Trilogy" than "See See Rider." That passion and energy are carried over to each song, and that's what makes the entire enterprise so entertaining. It's also why the record was a massive hit upon its release and why so many fans have fond memories of Aloha from Hawaii decades after the actual concert. 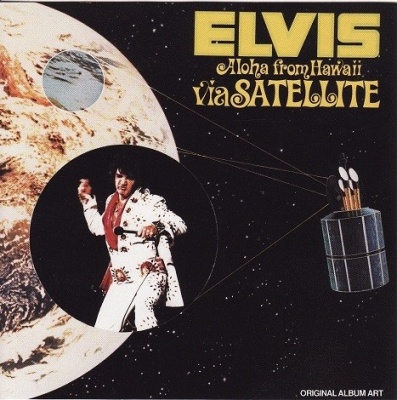