Elvis' second live album, partly cut at the International Hotel in Las Vegas in early 1970, is one of his most unfairly underrated releases. At the time, it did seem a bit cheap, offering ten songs that weren't necessarily associated with Presley. By this time, he was adding covers of other artists' contemporary hits to his set, not to capitalize on their success but to keep his hand in contemporary music and show audiences of the era that he was capable of doing more than reprising his own '50s and early-'60s songs. The critics failed to notice two things, however: Presley had the same first-rate band who had graced the previous tour, led by James Burton on guitar; when he performed Neil Diamond's "Sweet Caroline," Tony Joe White's "Polk Salad Annie," and (most especially) Del Shannon's "Runaway," he did them extremely well. "The Wonder of You" might not have been "That's All Right" or even "Heartbreak Hotel," but it was a towering performance by a singer who could, even then, run circles around virtually anyone in the business this side of Roy Orbison. 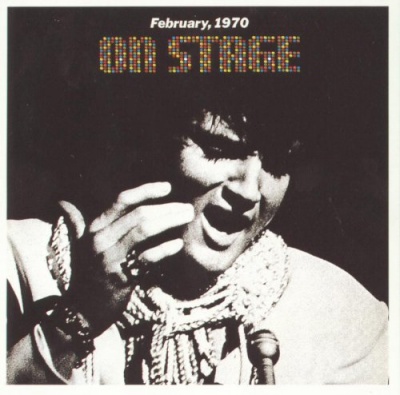