Astonishingly, given Elvis Presley's physical condition, he (or his management) agreed to film a TV special in June 1977 at two concerts held in Omaha and Rapid City, SD. There was no soundtrack album scheduled, and it's hard to believe that CBS-TV actually would have aired the show if Presley hadn't died two months later, making it his final recorded performance (and making his records big sellers again). CBS showed the one-hour special on October 3, 1977, and RCA released this double-LP set, Elvis in Concert, in which Presley walks through some of his best-known numbers. His fans can be heard praising him, and his father signs off mournfully (in the middle of the album). "My Way," released as a single, made the Top 40 and went gold; it and "Unchained Melody" made the Country Top Ten, while the album went platinum within two weeks. But it is Elvis Presley's least effort, as well as his last. 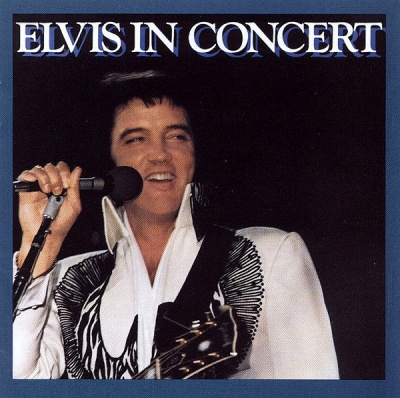