How much did Colonel Tom Parker flood the Elvis marketplace in the early '70s? Between 1969's From Vegas to Memphis to 1974's Elvis Recorded Live on Stage in Memphis, Presley was releasing a live album nearly every year (1971 was skipped). Each one was tied to an event -- a televised concert from Hawaii, his first concert in New York -- but, decades removed from this era, it's easy to forget that at the dawn of the '70s, seeing Elvis on-stage was in itself event, as he spent the better part of the '60s making movies instead of playing live. In fact, the last time he had played in Memphis, Tennessee was in 1961, so even though it was the last in a long line of live records, the homecoming concert captured on 1974's cumbersomely titled Elvis Recorded Live on Stage in Memphis was something special: it captured a beloved hero returning home. Presley made sure he was prepared for the occasion, running through much of the set two days prior the March 18 Memphis concert at the Richmond Coliseum. The 2014 Legacy Edition of Recorded Live on Stage contains that concert as its second disc (this second disc also has five very relaxed, very spare, quite appealing rehearsals from August 1974, cut just prior to an appearance in Vegas) and it's quite a bit different in tenor than the released record; it's loose and rollicking, with Elvis and the TCB band feeding off the energy of an exuberant audience. In contrast, the Memphis concert -- here on the first disc, in the expanded, full-concert addition originally released on Follow That Dream Records in 2004 -- is precise, professional, and deadly, a testament to the Presley team being a well-oiled machine. As this full-length Legacy Expansion reveals, far from being just another Elvis live record, Recorded Live on Stage in Memphis is a little bit of dynamite, proof that on a good night in 1974, Elvis was still as good as rock & roll got. 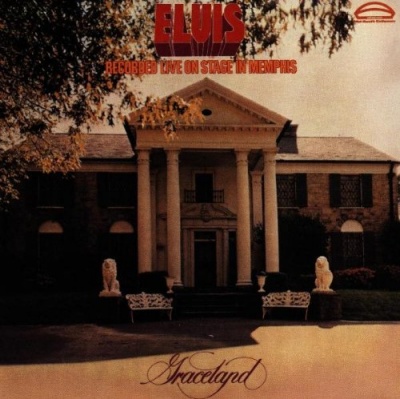