In July 1973 Elvis returned to Memphis, this time to the justly famed source of Southern soul, Stax Studios. After a couple of days, several of Stax's most famous musicians came in, including the marvelous rhythm section of Donald "Duck" Dunn, bass, and Al Jackson, drums. Apparently, the very idea of working with Elvis was intimidating and the group couldn't overcome their awe, so Elvis had to leave the building. In his absence, rhythm tracks were laid down. He then returned to add his vocals, a practice only used during the last few years of the soundtracks, when he was too bored to show up and work. From all of this five songs were attempted, one completed, and it's instantly forgettable. Elvis returned in December to Stax and with a mix of his band and some Nashville cats, recording eighteen tracks in a week. In between, he had tried a session at his Palm Springs home that didn't work, although three almost ponderously sincere ballads were completed. All in all, RCA had thirty new Elvis songs, enough quality material for two strong albums of twelve tracks each, which would have restored Presley in the sight of critics and record reviewers and, hopefully, the increasingly apathetic consumer. Unfortunately, the material was issued as three cheesily packaged albums of a mere ten tracks each. Raised on Rock, Good Times and Promised Land all have something to offer: "I've Got a Thing About You, Baby" is Raised on Rocks's standout; "Loving Arms" is Good Times"; while the roaring "Promised Land" kicks off the album of the same name. But the lesser material dilutes the impact of the strong, the sound ranges from okay to atrocious, thus producing more evidence of Presley's growing mediocrity. 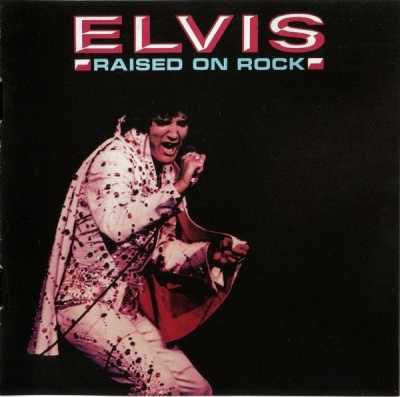