Elvis Back in Nashville Review

A companion to From Elvis in Nashville, a 2020 boxed set that concentrated on the June 1970 sessions that produced That's the Way It Is and Elvis Country (I'm 10,000 Years Old), Elvis Back in Nashville dives into Elvis Presley's final recordings from Nashville, sessions that largely occurred between May and June, 1971. The recordings here are presented sans overdubs -- backing vocals by the Imperials often remain -- so the focus is on the chemistry between Presley and the crack studio band assembled by producer Felton Jarvis. It's the same aesthetic behind From Elvis in Nashville, but where that box captured a focused Presley working with ace contemporary material, the Elvis on Elvis Back in Nashville struggles with his repertoire and his health as he attempts to cut a collection of folky numbers, a second Christmas album, and a gospel record. After an initial March session was plagued by a sniffly Elvis -- he was hospitalized for glaucoma not long afterward -- the folk LP quickly fell by the wayside, leaving the holiday and gospel albums as priorities. Sometimes Presley would sneak in a cover of an oldie or recent hit as a way to blow off steam at the end of the night, but the commercial mission of these sessions means Elvis Back in Nashville is dominated by gospel and Christmas music. Collectively, the religious and holiday sides make up for two of the box's four discs -- the masters are on the second, the outtakes on the fourth -- while the first disc has many of the finished secular sides (they'd wind up as singles or on Elvis Now and Elvis AKA Fool, released in 1972 and 1973, respectively) and the third rounds up outtakes (including previously released outtakes). Perhaps this may be a bit too much gospel and holiday music for some tastes, but Presley is as masterful on these sides as he is on the pop and country-folk numbers. He's a little older and a little slower, but he bears his scars with pride and knows when to unleash his might at the right moment. All this means Elvis Back in Nashville adds up to an effective, sometimes moving, portrait of a lion in middle age. 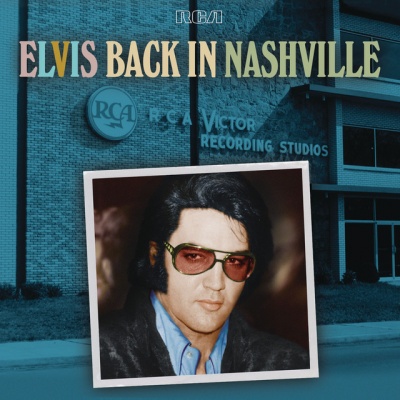 Elvis Back in Nashville Album Information