Unlike the recent Classic Yo-Yo, really a single-disc sampler of the recorded work of our true superstar cellist, The Essential Yo-Yo Ma purports to be something more -- the Yo-Yo Ma album to own if you're going to own just one. Where Classic Yo-Yo more or less alternated track by track between Ma's straight classical and crossover music, The Essential Yo-Yo Ma devotes one of its two discs to the classics and the other to a generous sampling of music Ma has explored from around the popular sphere and around the world, including selections from his Silk Road Project and from his disc devoted to the music of Ennio Morricone.

There's a lot to be said for this approach; Ma has really maintained parallel classical and crossover careers, and when it comes to actualy mixing things up on the concert stage, others have been bolder than he. The crossover second disc is nicely sequenced and remastered, concluding with a previously unreleased arrangement of "I Could Have Danced All Night" as a bonus track. It's a very reasonable greatest-hits group.

The first disc is less successful as a representation of Ma's abilities in traditional repertoire. No complete multi-movement works are included, and most of the performances included are of the encore type. The disc moves more or less chronologically, beginning with a group of Bach and Vivaldi melodies (though Ma's involvement with Vivaldi is underrepresented by the single Four Seasons movement included) and proceeding to Romantic and late Romantic works. Many of these pieces (Gershwin's Prelude No. 1, Rachmaninov's Vocalise, Massenet's Méditation) are arrangements, and a few could have been sacrificed to make room for the consistent warmth that Ma brings to, say, Dvorák's cello concerto. Still, there's nothing here that makes this set anything less than a good introduction to a great musician, one who connects with audiences in a way that was second nature to the famed virtuosi of the past. 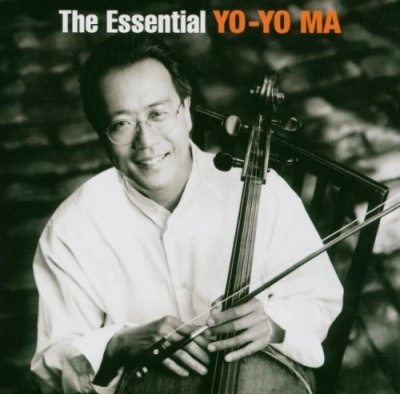