This disc repackages tracks of a romantic mood from a variety of Yo-Yo Ma discs released over the course of his strong-selling album career. A few of them (track 2, for example) come from recordings of straight-ahead classical repertory, and there are several new tracks, but most are taken from the cellist's fabulously successful series of crossover recordings, including Obrigado Brazil, Appalachia Waltz, and his collection of music by Italian film composer Ennio Morricone. These have all been innovative attempts to communicate with a wide audience, and it is a bit disconcerting to see Ma backing off from such innovation with this relatively conventional package of excerpts. There is, however, nothing whatsoever wrong with what Ma does here, taken on its own terms; his warm but never overdone way with a tune is everywhere in evidence, and the program does constitute a sort of de facto encore disc, mixing single movements of classical works with melodies from semi-popular traditions, of the kind Ma has never recorded but that, 50 years ago, would have seemed normal to any number of concert artists. It is also nice to hear a couple of selections from the Morricone disc, less familiar than blockbusters such as Appalachia Waltz; the concluding excerpt from the soundtrack to The Mission, with Morricone himself conducting, shows Ma's ear for instant crowd-pleasers nobody else has thought of. The bottom line is that the disc works as a pleasant crowd-pleaser and as a sampler of Ma's later work, even if one of his original discs will be more deeply satisfying. 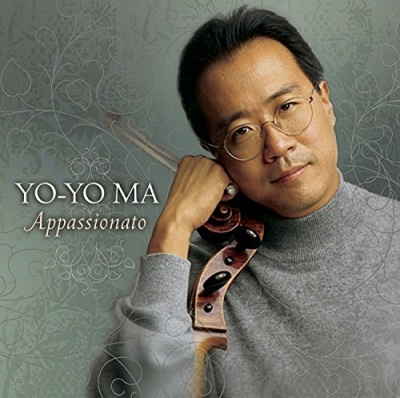