A Playlist Without Borders Review

Yo-Yo Ma's Silkroad Ensemble has continued to develop its intercultural ways, exploring those along the trade routes (maritime as well as land-based) that stretched for centuries from the Mediterranean world to China and even beyond. (The Silk Road brought Indian culture and later the Islamic faith to Indonesia, and one hopes that the group might someday take up that musically fascinating one, so well suited to its syncretic way of thinking.) Ma has had the pleasure of seeing his creation gradually become more independent; he appears on several pieces but takes a starring role only once or twice. Generally, he leaves the spotlight to the young players of the Silkroad Ensemble, whose trademark combination of enthusiasm and precision is on full display throughout. Sample the incredible intensity in the final "Briel," taken from John Zorn's Caym: Book of Angels XVII, originally performed by Cyro Baptista & Banquest of the Spirits, and further arranged by the ensemble itself. The program includes a general mix that typifies the group's genre- and border-crossing ways, with highlights including a suite by MacArthur "Genius Grant" winner Vijay Iyer and the Central Asian gypsy jazz of David Bruce's "Cut the Rug." 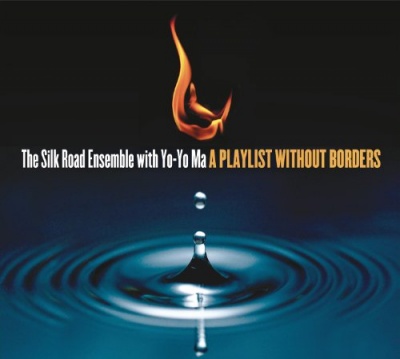 A Playlist Without Borders Album Information