John Tavener's 'The Protecting Veil' is deeply rooted in his Russian Orthodox faith (Tavener, an Englishman, converted in 1976). The cello is the voice of the Mother of God; arising with the ethereal opening cello phrases, the work represents different phases of her life in that role: the Annunciation, her Lament at the foot of the Cross, the Resurrection. The first and last movements serve as a frame with which Tavener strives to depict "her cosmic beauty and power over a shattered world."

'Wake up...and Die' is a musical representation of a metaphysical paradox: spiritual awakening and rebirth as death to the worldly; physical death as an awakening to a higher spiritual realm.

In both of these works, as is common in Tavener's works for cello, the solo instrument is given a personification: the voice of Mary in 'The Protecting Veil,' and an individual mind on a spiritual quest in 'Wake up...and Die.' Despite the difference of these works from traditional solo works with orchestra, Yo-Yo Ma takes on these roles with elegance and grace. Ma and conductor David Zinman achieve an appropriate balance between cello and ensemble to reflect Tavener's spiritual conceptions. 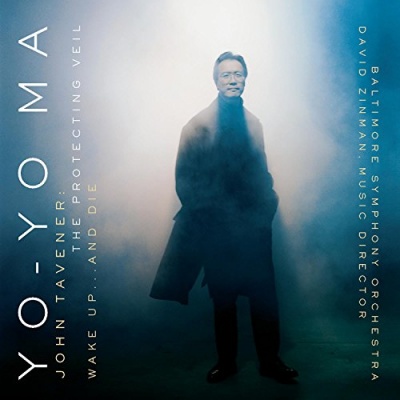