Bach showed that the cello can dance, but composers from Rossini to Shostakovich have favored it as an instrument of pensive reflection and brooding melancholy. The playful cover photo notwithstanding, SOLO features Yo-Yo Ma in five 20th century cello works of a serious nature, all with folk influence and all echoing at least a bit of the troubles of the times in which they were written.

Mark O'Connor's wistful 'Appalachia Waltz' is the most relaxed piece, sounding like a back porch meditation on an overcast day. Bright Sheng's 'Seven Tunes Heard in China' is much edgier and abrasive in the Bartók manner, while David Wilde's 'The Cellist of Sarajevo' is an outpouring of unmitigated grief in arch form; lament unfolding into rage and then retreating into silence. Alexander Tcherepnin's Suite is an odd hybrid, a product of the Russian-born, widely traveled composer's interest in Chinese culture. Lastly, there is the masterful Sonata of Zoltán Kodály, a real heir to the Bach Suites in that it presents a self-contained world while stretching the cello to its limits. 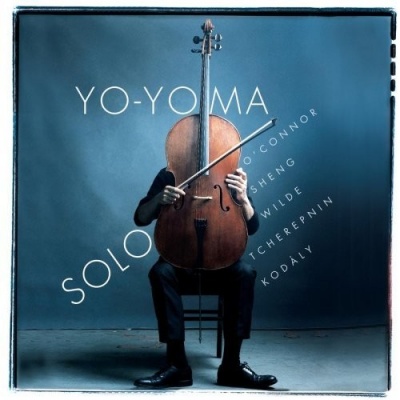