Recorded as part of the ongoing Silkroad Project, Silk Road Journeys brings together composers from the elusive, ancient Silk Road that crosses from China to the Middle East with musicians from both West and East. It's both ambitious and daring, two qualities that have been trademarks of Yo-Yo Ma's career. For its modernity and mix of Asian and Western instruments, though, it hews close to tradition (and not merely on Mongolian Traditional Long Song), although the departure into the Italian Renaissance for Chi Passa Per'sta Strada makes for an interesting, more formal and graceful aid in the whole. But the multicultural Silk Road itself makes for a good metaphor for this album, with the sheng, an ancient form of mouth organ, alongside the cello on the traditional Blue Little Flower, for example. While it might seem strange to find Michio Mamiya's Five Finnish Folksongs here, it makes sense; the Saami people of Finland were nomadic, and traveled as far as the Silk Road. But the instruments, from Wu Man's pipa to Joel Fan's piano, work together, whether on traditional or commissioned material, to create something that's challenging to both listeners and performers and offers a strong impression of the journeys of the past. 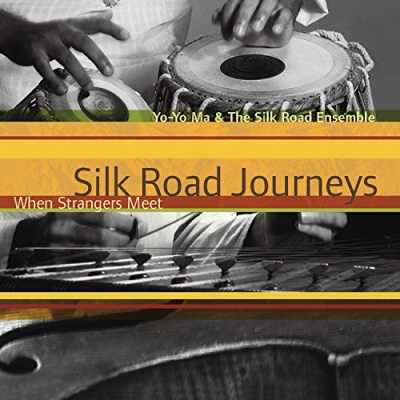