Continuing their explorations on Silk Road Journeys: When Strangers Meet, Yo-Yo Ma and the Silkroad Ensemble go even deeper into cross-cultural studies on this 2005 soundtrack album. Produced for a 10-part series on Japan's NHK television network, the CD's 15 tracks are arranged in three suites, entitled Enchantment, Origins, and New Beginnings, more reflective of inherent musical affinities than of the way the music was used in the program. The musicians tap into the variously overlapping musical styles of lands stretching from China and India to Iran and Turkey, and the arrangements by Zhao Jiping and Zhao Lin include a mix of instruments from around the world, to add greater color and sonic dimensions. The album's exotic and meditative qualities may attract fans of both international and new age music, though there is perhaps little crossover appeal for Ma's classical devotees. Due to the group's cohesion and spirit of cooperation, solos are fairly evenly distributed, and Ma stands out no more or less than the other players. Indeed, kamancheh virtuoso Kayhan Kalhor and vocalist Alim Qasimov have greater prominence, and it may even be said that tabla master Sandeep Das steals the show. Sony's sound quality is satisfactory, though a little soft in places. 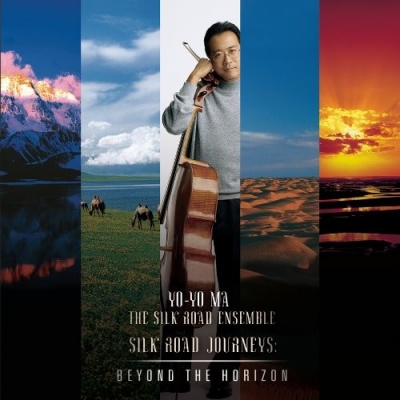