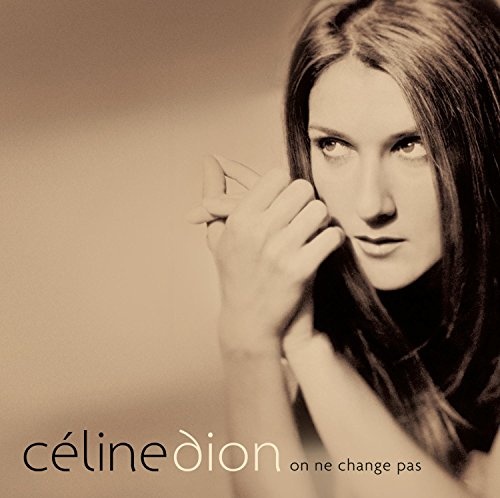 No doubt a companion piece to 1999's All the Way: A Decade of Song, On Ne Change Pas is a two-disc compendium of the other, mildly overlooked phase of Celine Dion's career: her performances sung entirely in her native tongue of Québecois French. While she soared up charts all over the globe with her hits sung in English, she also amassed quite a back catalog of hits ranging from dance-pop-friendly numbers to her familiar ground of passionate, melodramatic ballads. For those unfamiliar with this portion of her career (or for those who don't speak French), getting past the roadblock of not being able to understand the subject material will lead to a greater, more holistic appreciation of the depth and prolific output of her career in such a short span. At two discs, it's also a bit much Dion for anyone to swallow in one sitting, but on the plus side there are also a few new tracks, including her duet with Il Divo, "I Believe in You."