"Are you ready to rock & roll?" is the question that the leather-clad Celine Dion poses before breaking into song on her 1996 live import album Live à Paris. This album, in fact, has more of a rock feel than any of her other live or studio albums. Dion raises the roof and proves just as adept with harder material as she is with adult contemporary ballads, especially on "Destin," "Priere Paienne," "Regarde-Moi," and "River Deep Mountain High." This album also features its share of ballads, including the set's opener, "J'Attendais," the chart-topping "The Power of Love," the ever-popular "Un Garcon Pas Comme les Autres (Ziggy)" (as evidenced by the audience singing along to the song), and "Vole," in which the singer brings new meaning to the term "sing your heart out." The album closes with the full-length studio version of "To Love You More," which can be found on the U.S. edition of her Let's Talk About Love album and, in edited form, on her collection All The Way: A Decade of Song. All in all, this good live album from one of the biggest stars of our time serves to showcase her not only as a balladeer, but as a first-rate rock star. 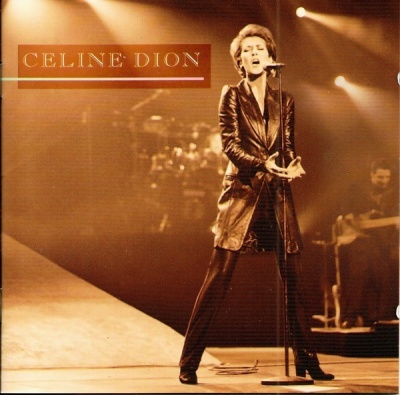