A New Day Has Come Review

Like politicians, pop superstars staging a comeback need to be on message, devising a story line and sticking to it from conception to completion. Celine Dion's message is a simple one -- one that would be evident to anybody paying the slightest bit of attention. After a ballyhooed semi-retirement following 1999's semi-collection All the Way -- a retirement where she gave birth and tended to her manager/husband's recovery from cancer -- it was time to begin a new chapter in her life, something made explicit in the title of the comeback, A New Day Has Come. Of course, the new day is the new chapter of Celine's life -- she's still a caring, loving wife and mother, but she's ready to return to music with a vigor, including a three-year stint as the main attraction at Caesars in Las Vegas. Life -- or at least opportunists -- has a way of interfering with even the best-laid plans, and the week A New Day Has Come hit the stores, it was revealed that Dion's husband was the center of a dubious civil lawsuit claiming he raped a woman in Las Vegas in the late '90s, but the delivery of the message was so strong, so well-conceived, that this barely made a dent in the media blitz (no mention of it in a USA Today cover story the day of release, for instance). No matter your musical taste, you have to admire that feat, and to a certain extent you have to admire the construction of this album, as well, since it's about as perfect as it could be. That doesn't mean it's a perfect album, but it does exactly what it should do -- it doesn't deviate from Dion's mainstream audience, yet it dips its toe into modern music, particularly dance, while subtly addressing her status as a working mom (which somehow translates as she's a survivor), while keeping hip ("Nature Boy" at the end was surely included because of its prominence in Baz Luhrmann's pandering swill, Moulin Rouge). It's savvily sequenced, too, with the radio remix of the title track arriving before the original version! It's so carefully assembled that even stumbles like the bizarre "Rain, Tax (It's Inevitable)" wash away without much effort, which is a testament to how well-made this record is. There's really nothing to fault it on, actually -- it's more ambitious than it needs to be, covers more stylistic territory than any other Dion record, while never abandoning the middle-of-the-road; it's a balancing act that nobody since Barbra Streisand has been able to pull off. If there's any problem with the record, it's that the songs just aren't that particularly memorable, even after several spins. The mood shifts effortlessly, it never seems to stay in one place, but it never catches hold, either. Surely, some of these songs will define themselves through repeated plays on the radio, but oddly the lack of memorable songs doesn't hurt A New Day Has Come much at all, since the fact that it succeeds without real songs makes it all the more impressive. That's what staying on message is all about -- delivering the surface and the overall theme without delivering in the details -- and, in 2002, Celine Dion does that better than any of her peers. 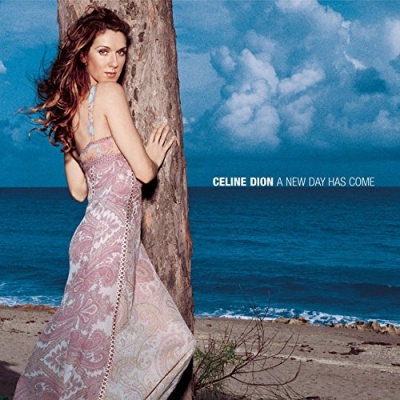