Celine Dion's A l'Olympia was recorded live at the legendary Parisian venue shortly after she scored her first U.S. chart-topper with "The Power of Love," which is included here. Therefore, the material on this disc consists mostly of early English-language hits ("Where Does My Heart Beat Now" and "Love Can Move Mountains"), and selections from her first U.S. French-language release, Dion Chante Plamondon, including the rousing "Des Mots qui Sonnent," "Le Blues du Businessman," and "Ziggy." There are two tracks on this collection which are unique to this album, those being the beautiful "Elle" and her version of the Bagdad Café theme, "Calling You." Also included is her take on the Jacques Brel song "Quand on n'a que l'Amour" and a medley (titled "Medley Starmania") of Luc Plamondon songs. The material sounds great live, her voice as always a technical marvel, but with three live import CDs already on the market, and with some songs repeated, this album is destined for collectors. However, the album's allure is the fact that it was recorded before she became a massive superstar (in the U.S. anyway) in the mid-to-late 1990s. The liner notes and all segues are in French. 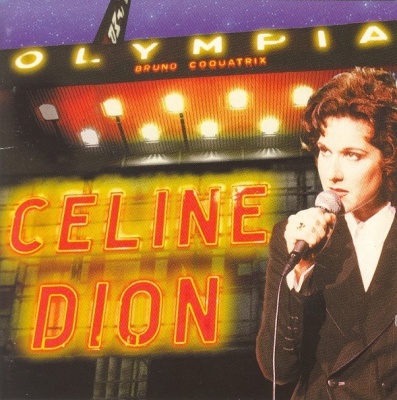