Miracle is billed as a collaboration between Celine Dion and Anne Geddes, a photographer who specializes in photos of babies, so it shouldn't be a surprise that the subtitle of the album is "A Celebration of New Life." After all, all of Geddes' work celebrates new life, and Dion has been very outspoken in how motherhood has changed her life, so it's only natural that their collaboration is about newborns. Since Geddes is strictly a photographer, "collaboration" may be a misleading title, but Miracle isn't strictly just a music album. Instead, it's a book accompanied with an album, with the images inspired by the songs and vice versa; in the special edition of the album, there's even a DVD of the making of the project, extending it into another realm of multimedia. As a piece of music, it's the quietest record Dion has recorded in a while, an unabashed adult contemporary album that keeps its gentle mood from start to finish, as if it were a prolonged lullaby. Dion tempers her vocal histrionics considerably -- she still soars to the high notes, but there are no pyrotechnics, no showboating here -- which serves this collection of standards and new songs quite well. The worst you can say about the record is that there are no surprises, but the audience for this record doesn't want surprises; they want comfort, whether it arrives in polished music or artsy photos of newborns, and Miracle provides both, which makes it appealing for those expectant or new mothers in Dion's audience. 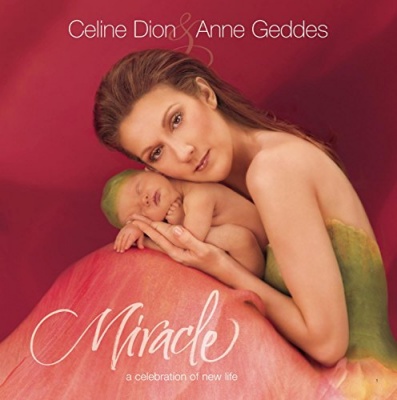