As she's prone to do every four years or so, Celine Dion released a French-language album called D'Elles in 2007, her first since 2003's stripped-down, folky 1 Fille & 4 Types. Sonically, D'Elles couldn't be more different than 1 Fille -- from its soaring majestic ballads to its chilly disco sheen, it's extremely European, with none of the homey trappings of the 2003 record -- but it does share one significant trait: it is also a concept album. This time, Dion has hired a bevy of female lyricists from France and Quebec to give this a common thread of songs about women, thereby making this lyrically and musically more cohesive than the glitzy, scattershot 2002 extravaganza A New Day Has Come, while being considerably less sentimentally gloppy than 2004's Miracle: A Celebration of New Life. In a way, this is Dion's most ambitious project in a long time, if not ever -- really, the only rival is that musically adventurous 1 Fille, and if D'Elles is a bit too careful musically, it nevertheless is unified as an album and shows some serious artistic ambition, two things her post-stardom English albums are often missing, and always to their detriment. 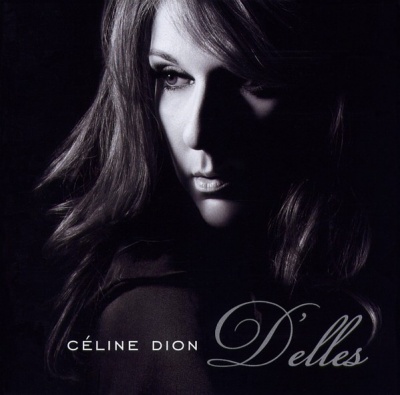