In 2003, Celine Dion began a long-term engagement with Caesars Palace, performing a show based on her 2002 album, A New Day Has Come, at the Las Vegas casino five nights a week. The Vegas show was such a success that the powers that be wound up extending its run, eventually closing the production at the end of 2007, over a year later than originally planned. During these long five years, Dion trickled out some new releases -- there was a new collection called One Heart that hit the stores the day the whole Sin City affair started, as well as a few French-language albums, a document of the live show, and a soundtrack to Anne Geddes baby photographs -- but she never did a full-fledged, big-screen sequel to A New Day Has Come. She was saving that for when the Vegas extravaganza wrapped up, and as soon as it was ready to close, Dion was ready with Taking Chances, her first "official" pop album in five years.

Never one for subtlety, Celine Dion hammers home that her post-Vegas years are going to be different with the very title of Taking Chances, but she doesn't stop there. Not only is this the time for her to take chances, she's also full of surprises and there's a new day dawning. She sings that "just when you thought you got me figured out," she'll do something unexpected because she's a "chameleon" -- basically, any rebirth cliché that comes to mind pops up somewhere on Taking Chances, as Celine never lets listeners forget that she is beginning the next grand chapter of her career. In the pre-release push for the album, it was suggested that Dion was, well, taking chances with her music, and her enlisting of Evanescence's Ben Moody to produce and write a couple of tracks, while hiring Linda Perry to write another couple, suggested that this would indeed be a different kind of Celine album. And it is, at least a little bit. Over its long, long 16 tracks, Celine indulges in some glossy electronic beats on "Shadow of Love," flirts with hard rock on the Aldo Nova-written "Can't Fight the Feelin'" (the great Canadian AOR rocker writes three other tunes here, including "A Song for You," which borrows a title from Leon Russell but nothing else), tries to shimmy like Shakira on "Eyes on Me," and even tries to belt out the blues on "That's Just the Woman in Me," written by former Soft Boy Kimberley Rew.

Added to this are the understated but no less significant efforts to hitch her wagon to the numerous American Idols who imitate her style. Celine attempts to snatch Heart's "Alone" from Carrie Underwood and cribs from Kelly Clarkson's operatic rock, two blatant thieveries that, when combined with the quartet of explicit changeups, gives Taking Chances a vaguely desperate vibe, as if Celine needs to prove that she still reigns supreme among all divas. Although Dion can pull off these moves with strenuous skill, all the effort is for naught because these slight changes in sound wind up serving an album that doesn't feel that different than the same old Celine Dion. The album may not be as big and spangly as A New Day Has Come -- whose glittery surfaces and exaggerated arrangements were ideal for the Vegas chapter of Dion's career -- but it does play as a refurbished version of her 1996 blockbuster, Falling into You, overhauled for a new millennium. It lacks both the epic Jim Steinman songs and the Diane Warren ballads, yet their imprint remains, as their over the top formula is given a brushed aluminum finish -- a sleek, chilly, tasteful sound that fits the mood of the late 2000s. And if Taking Chances is anything, it's an album of its time: it offers extravagance in the guise of self-help, which can be alluring in doses -- especially those bizarre blues-rockers -- but it's just too much of a very expensive yet not particularly tasteful thing. 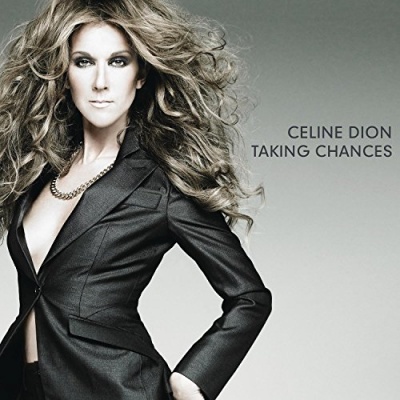 At the Office Empowerment