Celine Dion's Au Coeur Du Stade is her third French-language live import album, and it was released at the height of her "titanic" superstardom. Previous to this album, she had enjoyed unparalleled success with her theme from Titanic, "My Heart Will Go On" (which is included as the album's closer), as well as with her blockbuster albums Falling Into You and Let's Talk About Love and their respective hit singles. However, only two English-language songs appear on this album, the aforementioned "My Heart Will Go On" and "Let's Talk About Love" -- the rest of the album, including the live banter, is all in French. Judging from the audience reactions, "Je Sais Pas" and "Ziggy" must have been very well-known songs. It's quite telling to hear a mass of people sing along to "Ziggy," which is virtually unknown to American audiences. This album ultimately serves to showcase a different Celine Dion than the one American audiences have come to know. Her previous live album, Live A Paris, was more of a rock-leaning outing; this one balances adult-oriented fare ("S'il Suffisait d'Aimer," "Pour Que Tu M'aimes Encore") with straight-ahead rock/pop songs ("Terre," "Dans un Autre Monde," "J'irai Ou Tu Iras"). Track nine, the "Medley Acoustique," is not really a medley, but five different songs, each of which could have stood alone as its own track, especially "Ziggy," which clocks in at almost four minutes. Most of the songs on this album are live versions of tunes originally on her S'il Suffisait d'Aimer album, which was released in the U.S. This is, as is usually the case with her live albums, a satisfying effort, and a must for fans and collectors of this singer's music. 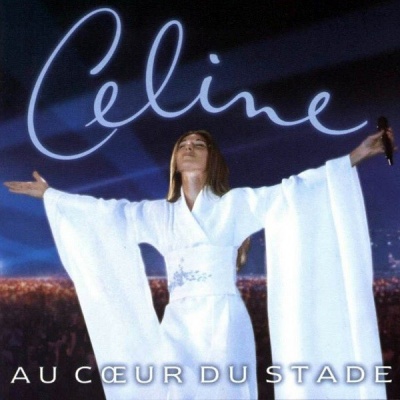