Five years separated Celine Dion's 2002 comeback A New Day Has Come and its predecessor, Let's Talk About Love. One year later -- nearly to the day -- Celine Dion released One Heart, touted upon its release as an audio souvenir of her three-year engagement at Caesar's Palace in Las Vegas, which also began on March 25, 2003. Given the magnitude of her stint in Vegas, nobody dared question the quick appearance of an album of new material only a year after a comeback, but the implication is clear: A New Day Has Come was an utter bomb. Never mind that it was actually a good record, well-suited for Dion's vocals talents and cannily produced, but it found no audience in the cut-throat world of 2002, when all divas belly-flopped with their new records. Instead of seeing her sales stumble as being part of a larger picture, Dion and her collaborators scrambled to correct her problems on One Heart by taking ideas from other flailing divas, including borrowing Britney Spears mastermind Max Martin for three songs. More than anything, this is a good indication of the desperation that underscores every minute of One Heart, where it seems like Dion will do anything to stay on the charts. If Spears' stuttering, stop-start dance-pop seems too young for Dion on "Love Is All We Need," there's the unapologetically Barbra Streisand-esque "Have You Ever Been in Love." If that seems stodgy, aim straight at the mainstream with sunny, catchy title track. If that doesn't work, let's try a tongue-in-cheek, neo-house cover with "I Drove All Night." If that is too club-centric, try "Naked," a shocking rewrite of Jennifer Love Hewitt's "Bare Naked," down to the acoustic guitar arrangements. And if Celine Dion is ready to use the little-heard J-Love as a blueprint, it's clear that she's ready for anything, as long as it brings a hit; if one track doesn't hit, switch songs, switch formats, and try it again. This is not inherently a bad thing if craft or kitsch won out over the desperation, or if the performances had conviction, but One Heart favors a smooth Vegas-showstopper gloss to radio-ready sheen, which only accentuates the lack of cohesiveness here. A couple of songs work -- "One Heart" and "Naked," most notably -- but the schizophrenic, directionless nature of One Heart stands in stark contrast to the assured, purposeful A New Day Has Come. That record might not have spun off any hits, but it played to Dion's strengths; this reveals all her weaknesses. 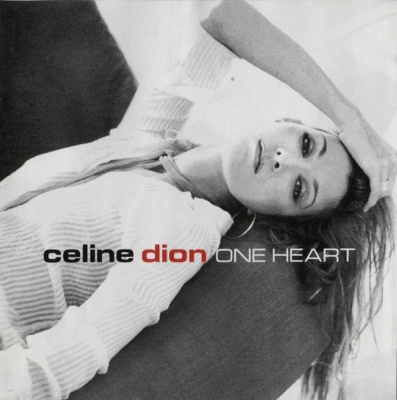