Director Stanley Nelson's comprehensive 2020 documentary Miles Davis: Birth of the Cool works to illuminate the trumpeter's expansive musical journey from his early years as a bebop acolyte of Charlie Parker to his groundbreaking work as a modal jazz innovator and fusion pioneer. To accomplish this, he interviewed numerous Davis associates, weaving their first-hand experiences alongside rare and classic footage of Davis, as well as his classic recordings. Nelson took the same approach when constructing the documentary soundtrack, offering a loosely structured timeline of Davis' work from the '40s to the '80s. In between each track he also inserts penetrating commentary by individuals interviewed for the film, including insights from Herbie Hancock, George Wein, Wayne Shorter, Gil Evans, and others. While Nelson certainly includes landmark recordings like 1958's "Milestones," 1959's "So What," and 1967's "Footprints," he also side-steps obvious cuts like "All Blues" and "My Funny Valentine" in favor of highlighting more finely curated choices like "Moon Dreams" off 1954's Birth of the Cool, "The Pan Piper (Alborado De Vigo)" off 1960's Sketches of Spain, and "Miles Runs the Voodoo Down" off 1970's Bitches Brew. Also included is a newly produced track, "Hail to the Real Chief," which was constructed out of previously unreleased Davis recordings by the trumpeter's fusion-era bandmates, including drummer Lenny White and drummer (and nephew) Vince Wilburn, Jr. Although it's not presented chronologically, the soundtrack does paint an ever-developing picture of Davis throughout his career, and each song is nicely complemented by the preceding commentary. Admittedly, some people looking for a purely musical listening experience may not want to hear the commentary tracks more than once. That said, by including the commentary here, Nelson has crafted an mini-aural history that offers context for Davis' expansive creative life. Even if you only have a passing understanding of his musical contributions, Miles Davis: Birth of the Cool will help you get a good sense of who Miles Davis was and why he was important. 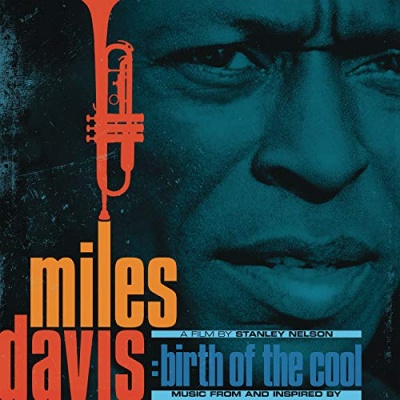