Despite the presence of classic tracks like Joe Zawinul's "Great Expectations," Big Fun feels like the compendium of sources it is. These tracks are all outtakes from other sessions, most notably Bitches Brew, On the Corner, and others. The other element is that many of these tracks appeared in different versions elsewhere. These were second takes, or the unedited takes before producer Teo Macero and Miles were able to edit them, cut and paste their parts into other things, or whatever. That is not to say the album should be dismissed. Despite the numerous lineups and uneven flow of the tracks, there does remain some outstanding playing and composing here. Most notably is "Great Expectations" from 1969, which opens the album. Here the lineup is Miles, Steve Grossman, Bennie Maupin, John McLaughlin, Khalil Balakrishna, and Bihari Sharma on sitar and tambura, Herbie, Chick Corea, Ron Carter, Harvey Brooks, Billy Cobham, and Airto. Creating a series of vamps from drones and a small melodic figure, there is very little in the way of groove or melodic development until the middle section, where a series of modalities enters the composition. The second album in the set features "Go Ahead John," an outtake from Jack Johnson's sessions that is 28 minutes in length. It's a riff-based groover, with McLaughlin and his wah-wah pedal setting the pace with Steve Grossman on soprano. The basic motif is the blues, floating around E and Bb flat, but there are modulations introduced by Miles into Db flat that add a kinkier dimension into the proceedings as well. Dave Holland is the bass player, and DeJohnette is the drummer. There is no piano. What's most interesting about this date is how it prefigures what would become "Right Off" from Jack Johnson. It doesn't have the same fire, nor does it manage to sustain itself for the duration, but there are some truly wonderful sections in the piece. This is for Miles fans only, especially those of his electric period, because it fills in the puzzle. The reissue added four bonus tracks to the original double-LP set, but other than "Recollections" by Zawinul, they shed little light on the mystique and development of the intensely creative music being developed in 1969 and 1970. Others should be directed to Bitches Brew, In A Silent Way, Jack Johnson, or Live Evil as starting points. 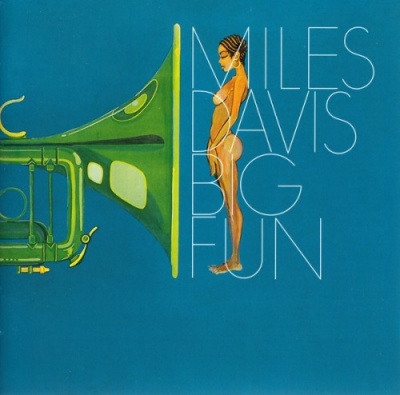