You're Under Arrest Review

Miles Davis's final Columbia recording (other than Aura which was released several years later) includes his straightforward ballad interpretations of Cyndy Lauper's "Time After Time" and the Michael Jackson-associated "Human Nature," two songs he would play in most of his concerts for the remainder of his life. Other tunes (including "You're Under Arrest," "One Phone Call" and "Ms. Morrisine") were quickly discarded. In addition to Davis (who had regained his earlier chops) tenor-saxophonist Bob Berg, guitarist John Scofield and guest John McLaughlin get in a few decent solos on this competent but not overly memorable effort. 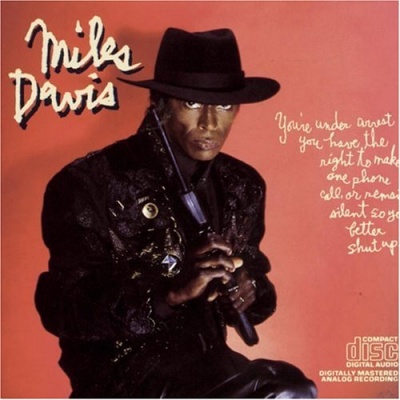 You're Under Arrest Album Information