Sorcerer, the third album by the second Miles Davis Quintet, is in a sense a transitional album, a quiet, subdued affair that rarely blows hot, choosing to explore cerebral tonal colorings. Even when the tempo picks up, as it does on the title track, there's little of the dense, manic energy on Miles Smiles -- this is about subtle shadings, even when the compositions are as memorable as Tony Williams' "Pee Wee" or Herbie Hancock's "Sorcerer." As such, it's a little elusive, since it represents the deepening of the band's music as they choose to explore different territory. The emphasis is as much on complex, interweaving chords and a coolly relaxed sound as it is on sheer improvisation, though each member tears off thoroughly compelling solos. Still, the individual flights aren't placed at the forefront the way they were on the two predecessors -- it all merges together, pointing toward the dense soundscapes of Miles' later '60s work. It's such a layered, intriguing work that the final cut, recorded in 1962 with Bob Dorough on vocals, is an utterly jarring, inappropriate way to end the record, even if it's intended as a tribute to Miles' then-girlfriend (later, his wife), Cicely Tyson (whose image graces the cover). 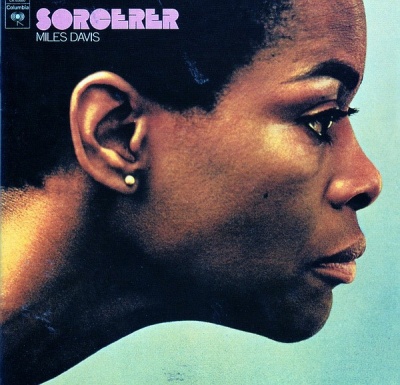