Miles' last recording for the Columbia label before heading for the financial allure of Warner Bros. in the mid-'80s was not released until 1989. This critic's guess is because largely they had no idea what to do with it. Unlike anything else in his catalog, Aura is a ten-part suite composed by Danish flügelhornist Palle Mikkelborg as a tribute. Influenced deeply by serialism and the inspiration of Gil Evans, Mikkelborg composed a theme from ten notes based on the letters of Davis' first and last names. The notes yielded a chord, which led him through the work. Employing a full orchestra and the guitar talents of former Davis collaborator John McLaughlin and famed European bassist Niels-Henning Ørsted Pederson, Aura's sections are named for the color spectrum, with the addition of white and "electric red." The music is an amalgam of classical impressionism, European new music, jazz, rock, electronic, and other genres. As a tribute and separate orchestral work, it's quite moving and beautiful, full of moody interludes and evocations of nuance, color, texture, and dynamic. With Davis added, soloing in his trademark muted, rounded warmth, the music becomes almost breathtaking. The Gil Evans influence is everywhere apparent in the way strings segue into keyboards and float there until the trumpet or wind section comes for them and brings them home. It's easy to be cynical about a work like this, and call it a pastiche of Miles clichés. Far harder is it to place the entirety of Davis' career in one place and hear it expressed with so much warmth and elegance, because that career was so mercurial. Mikkelborg gave Miles a fine parting gift when he left Columbia, and listeners are so very fortunate for his generosity. 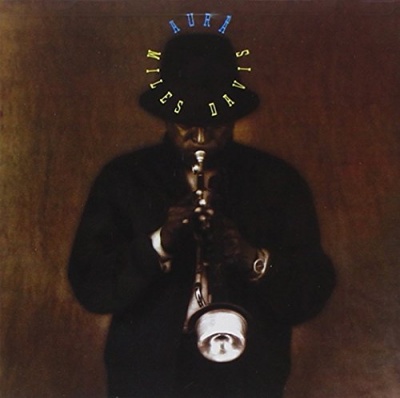