Miles Davis at Fillmore: Live at the Fillmore East Review

With the reviews for Bitches Brew in full swing and Steve Grossman firmly established in the saxophone chair recently vacated by Wayne Shorter, Miles threw the band a curveball -- he added Keith Jarrett on organ to a band that already included bassist Dave Holland, electric pianist Chick Corea, percussionist Airto Moreira, and drummer Jack DeJohnette. Miles was playing a four-night stand at the Fillmore East. This double-LP puts together selections from each night, without regard for repetition. It's fine that there are numerous performances of certain tunes: the problem is, although the music is compelling, it's schizophrenic because there are no full performances on the final release; it was edited severely. Rather than the long jams that fans and foes had been accustomed to hearing from Davis, here are snippets taken from the heart of performances, such as two-and-a-half minutes from "Directions" or eight from the center of "It's About That Time" (which sounds a hell of a lot like Weather Report's "125th Street Congress" from Sweetnighter). To compound this, when the music from Friday night actually collects some of the music from Thursday night -- different segments are edited within tunes -- the grooves don't necessarily match. Just as a composition starts to gel, it segues into another. Organically, in a live setting, it isn't the way Miles worked; pieces would evolve, slowly, with a kind of spooky continuity. The Black Beauty set is preferable to this one, though there isn't any Jarrett -- or March 7, 1970's It's About That Time (which does include him). This collection only reveals that the band was capable of blowing everybody's mind; though it never actually happens. 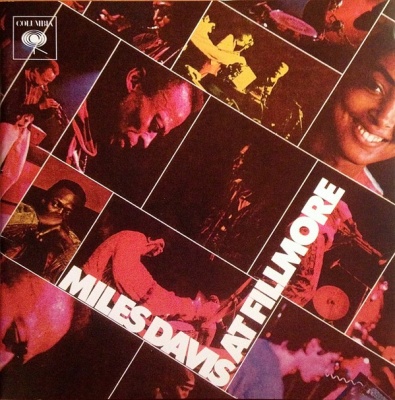