A month after losing Wayne Shorter to the beginnings of Weather Report, Miles Davis added young saxophonist Steve Grossman to the fold that included drummer Jack DeJohnette, bassist Dave Holland, electric pianist Chick Corea, and percussionist Airto Moreira. Just in time, too, since Bitches Brew had just been released. What is most interesting about this performance is how abstract it is, even by the standards exacted on In a Silent Way and Bitches Brew. Opening with Joe Zawinul's "Directions," with a small three-note vamp, Davis creates a spaciousness for Grossman to hit the stratosphere and for both Holland and DeJohnette to literally fall freely as a rhythm section as long as they could find a groove. The band seems to open too far; they can't seem to find each other in the maelstrom. Davis lays out, watching it all, directing from the sidelines. On "Miles Runs the Voodoo Down," since there is a discernible though minimal melody and groove, the band brings it in tighter, focusing on Davis smattering blues notes and Corea's distorted chord voicings. This is where the band hits their stride, and keeps it through "Willie Nelson" and the Sammy Cahn tune, an odd choice for this part of the program, "I Fall in Love Too Easily." From the opening of "Sanctuary" through "It's About That Time," "Bitches Brew," "Masqualero," and "Spanish Key/The Theme," the music become a kind of suite that doesn't really stop. It may pause in spots, but it loops through modal figures before disintegrating completely. There is no harmony to speak of and melody has become an extinct concept. What matters most is the nuance of groove and rhythm, and Davis found both in this band, though Grossman's playing is too busy and too green; he plays everything he knows in every solo. It's a small complaint, as this is an exciting document of a band trying to come to grips with the power of a music they don't even fully understand yet. 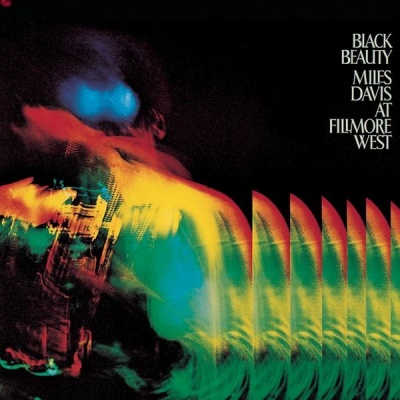