In 1998, Columbia/Legacy reissued Miles Davis at Carnegie Hall as a double-disc set that contained all of the music performed at the concert from May 19, 1961. Davis is captured with his transitional small combo featuring Hank Mobley, Wynton Kelly, Paul Chambers, and Jimmy Cobb, as well as with the Gil Evans Orchestra. It was one of only two concerts Davis and Evans performed together, and that alone makes the album necessary for collectors, but the music itself is terrific. Neither the small group nor large band performances offer any new revelations, but they both showcase a strong, powerful Davis, and the music is quite enjoyable. 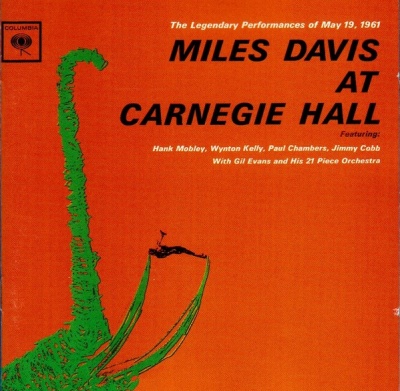