The Fabulous Johnny Cash/Songs of Our Soil Review

This Columbia two-fer combines two of Johnny Cash's late-'50s LPs, The Fabulous Johnny Cash and Songs of Our Soil, making for a nice package but not necessarily the best value. Freshly released from Sam Phillips' Sun Records, Cash's material on Fabulous really shines as the better of the two LPs. The material from Songs of Our Soil is good (featuring "Five Feet High and Rising" and "The Great Speckled Bird"), but the vocals have gobs of that strange '50s studio reverb on them, and the backing vocalists (uncredited in the liner notes, quite likely the Jordanaires) are a little obtrusive in the mix. Still, even with the minor flaws it's great to have it in print again. Although this release puts a bunch of great music on a single disc, the 2002 remasters of the two individual albums each feature a number of bonus tracks unavailable on this collection. 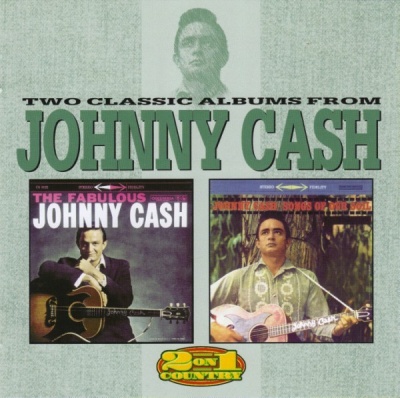 The Fabulous Johnny Cash/Songs of Our Soil Album Information