Although Sam Phillips steered Cash away from gospel and sacred music in the mid-'50s at Sun Records, much of what Cash recorded in his early career still had a devout tone, often filled with piety and imagery that wouldn't have sounded foreign in a gospel context. So although this 1959 album was entirely devoted to religious songs, it didn't really sound that different from his prior work, and remains accessible to Cash fans whether or not they're religious or have an interest in sacred song. The arrangements remain as sparse as most from his '50s catalog, though stately backup vocals are often present. These aren't strictly traditional numbers, as Cash writes or co-writes about half the tunes. Sure, "Are All the Children In" skirts bathos with its spoken sections, but songs like "The Old Account" and "It Was Jesus" have the country-rockabilly bounce characteristic of much of his secular material. Despite its specialized focus, it's a somewhat generic '50s Cash CD, though even generic '50s Cash is good. 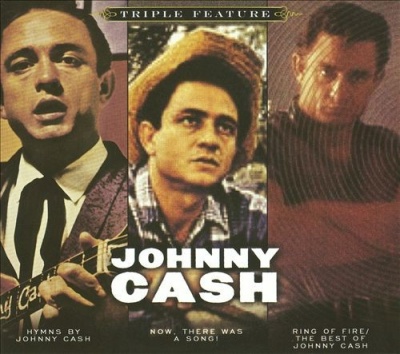