In 1986, Johnny Cash's place in country music's pecking order had fallen so low that Columbia Records, his recording home since 1960, dropped him from their roster, claiming he was no longer marketable. Given this, perhaps the most remarkable accomplishment of Cash's late-period association with Rick Rubin and his American Recordings label (beginning with the 1994 album American Recordings) is that the world was reminded Cash was a major artist whose work was still powerfully relevant. Among his fans and his peers, respect for Cash had grown tremendously by the time he died in 2003, and since then, material from his archives has been steadily brought before the public. In 2016, a new wrinkle was introduced to Cash's posthumous legacy when a collection of his poems and lyrics, previously unknown, was published in a book titled Forever Words: The Unknown Poems. Now 16 of the pieces from that book have been set to music by a variety of musicians on an album called Johnny Cash: Forever Words. The artists adapting Cash's words range from longtime friends and associates (Kris Kristofferson and Willie Nelson) and members of the Cash family (Rosanne Cash and Carlene Carter) to contemporary country and roots music stars (Ruston Kelly & Kacey Musgraves and Brad Paisley) and some relative outliers who nevertheless respected Cash's vision (John Mellencamp and, in his final recording, Chris Cornell). While Cash's lyrical voice is strong in these recordings, each artist wrote and arranged their own music for the songs, and as a consequence this runs all over the stylistic map, from the purist's bluegrass of Alison Krauss' "The Captain's Daughter" and the dark, moody country rock of Cornell's "You Never Knew My Mind" to the eccentric orchestral sound of Elvis Costello's "I'll Still Love You." From a musical standpoint, Forever Words is as much about the musicians and what they see in Cash's words as it is about the Man in Black's secret life as a poet, and while every track was created with skill and evident respect to the lyricist, the lack of musical cohesion works against this as an album rather than just a set of songs. Johnny Cash: Forever Words has some brilliant moments and is an often-moving tribute to Cash's gifts as a writer, but as a listening experience, it's unfortunately inconsistent. Maybe some of this was better left on paper. 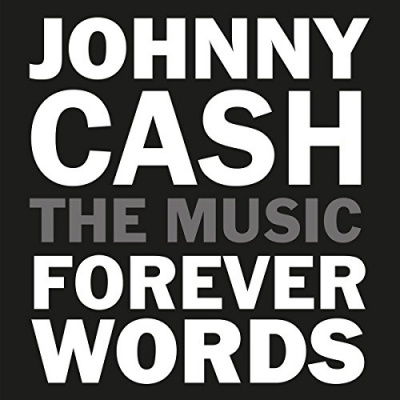