Ride This Train was the first explicit Americana concept album that Johnny Cash recorded. As the title implies, the album is about railroads, how they developed, and how they changed the land. Apart from a couple of songs, Ride This Train isn't comprised of traditional folk ballads -- they are songs that tell the history of trains and rails, offering an educational lesson. Cash expounds on the songs with brief spoken narratives. Though it is hard to fault Cash's intentions, the songs aren't very good (although "The Shifting Whispering Sands" is a standout) and the history is a bit simplistic and silly. On the whole, Ride This Train sounds as if it were of a piece with the Walt Disney educational features produced at the same time, and like those films, it is more interesting as an historical artifact than a piece of art. 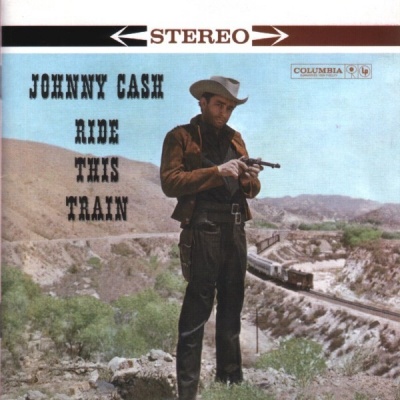