Johnny Cash was in the unenviable position of being a living legend who was beloved by fans of classic country music without being able to interest anyone in his most recent work when he was signed to Rick Rubin's American Recordings label in 1994. Rubin, best known for his work with edgy rockers and hip-hop acts, opted to produce Cash's first album for American, and as he tried to brainstorm an approach that would introduce Cash to a new audience, he struck upon a brilliant idea -- doing nothing. For American Recordings, Rubin simply set up some recording equipment in Cash's Tennessee cabin and recorded him singing a set of songs accompanied only by his acoustic guitar. The result is an album that captured the glorious details of Johnny Cash's voice and allowed him to demonstrate just how emotionally powerful an instrument he possessed. While Rubin clearly brought some material to Cash for these sessions -- it's hard to imagine he would have recorded tunes by Glenn Danzig or Tom Waits without a bit of prodding -- Cash manages to put his stamp on every tune on this set, and he also brought some excellent new songs to the table, including the Vietnam veteran's memoir "Drive On," the powerful testimony of faith "Redemption," and a sly but moving recollection of his wild younger days, "Like a Soldier." American Recordings became a critical sensation and a commercial success, though it was overrated in some quarters simply because it reminded audiences that one of America's greatest musical talents was still capable of making compelling music, something he had never stopped doing even if no one bothered to listen. Still, American Recordings did something very important -- it gave Cash a chance to show how much he could do with a set of great songs and no creative interference, and it afforded him the respect he'd been denied for so long, and the result is a powerful and intimate album that brought the Man in Black back to the spotlight, where he belonged. 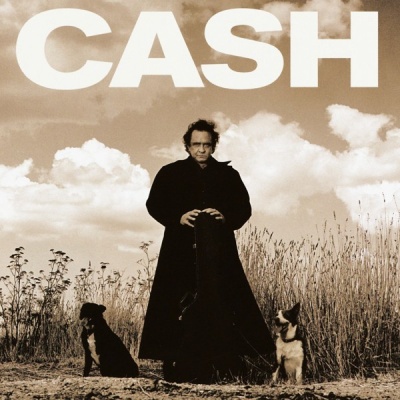