It's a little hard to recover from the over-the-top patriotism of the opening title cut on this mid-'70s release, with its overbearing spoken narrative and shamelessly melodramatic orchestral production. Actually, however, that song is not typical of this release, which otherwise finds Cash backed only by the Tennessee Three (Carl Perkins, Larry McCoy, and Ray Edenton), with the Oak Ridge Boys singing backup on a couple of tracks. "Don't Go Near the Water" is, in contrast to the title song, rather radical for a country singer in its ecological protest with its chorus of "Don't go near the water children/See the fish all dead upon the shore/Don't go near the water/'Cause the water isn't water anymore." The rest of the album is agreeable low-key Cash country, though with something of a more-of-the-same feeling that makes it a middle-of-the-road Cash release at best; "All I Do Is Drive" sounds like a hybrid of old Sun singles like "Cry, Cry, Cry" and "Big River," for instance. The songs go over familiar Cash territory like drifting, loneliness, and the struggle to keep your head above water. But none of them rate among his best, though "Please Don't Let Me Out" puts a twist on his prison stories by taking the viewpoint of a prisoner who wants to stay put as he now considers jail his home. 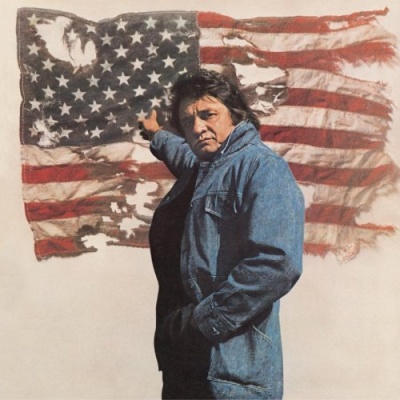