Once referred to as one of the Holy Trinity of American symphonies -- and if that's not aesthetic blasphemy, what is? -- William Schuman's Symphony No. 3, along with Aaron Copland's Third and Roy Harris' Third, was once the height of musical fashion. Of course, that was back in the '40s, back when writing "the Great American Symphony" was believed not only to be possible but necessary, back when American composers sought to validate their own sense of self-worth by writing works that could bear the designation "the Great American Symphony," back when American composers thought in terms of Holy Trinities and great American symphonies. If these days such notions seem unduly precious, well, imagine how listeners 50 years from now will think about minimalism and neo-Romanticism. 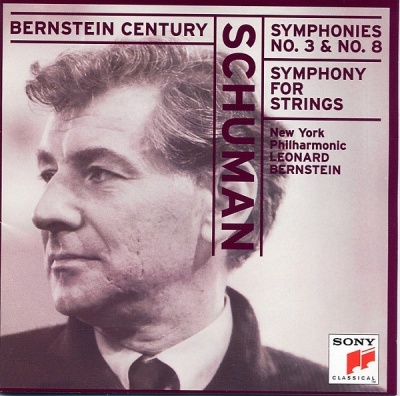