Mussorgsky: Pictures at an Exhibition; Night on Bald Mountain Review

Admirers of Leonard Bernstein's Columbia recordings with the New York Philharmonic may rejoice at this 2004 reissue of Mussorgsky's Pictures at an Exhibition, Night on Bald Mountain, and Respighi's Pines of Rome, but others may have mixed reactions. The Masterworks Expanded Edition is preferable to the corresponding title in Sony's Great Performances series because its enhanced sound and bonus tracks provide much greater value. That said, these are still historic recordings, with all the limitations of Columbia's engineering in this period, and all the quirks of Bernstein in his most flamboyant phase. Bernstein recorded these pieces in 1958, 1965, and 1970, and the acoustics vary dramatically according to their venues -- the St. George Hotel, Manhattan Center, and Avery Fisher Hall. Listeners who had the LPs will no doubt recall the NYP's weak bass and occasionally boxy sound, and that is still apparent, especially in the Respighi. Furthermore, Bernstein's interpretations speak more of his excitability and energy than they do of discipline and attention to detail, and these performances are a little slap-dash and rough around the edges. The enhancement of the analog recordings with Direct Stream Digital and SBM Direct seems to have improved these recordings cosmetically, but the illusion of all-digital sound is unconvincing. 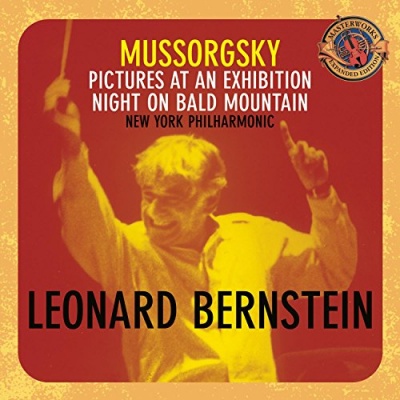