A best-selling collection of some of the most popular Adagios ever written for strings, this album is a staple of Sony's catalog and a logical choice for the Masterworks Expanded Edition. While this CD corresponds to the same title in the Great Performances series, its sound is remastered and the additional tracks make it a better value for the price. Leonard Bernstein and the strings of the New York Philharmonic are elegiac and solemn in these performances, extremely slow and often more lush than is really necessary. However, this broad, hyper-Romantic approach is part of Bernstein's controversial legacy, and his exaggerated interpretations of Barber's Adagio, Vaughan Williams' Fantasia on a Theme by Thomas Tallis, Tchaikovsky's Andante cantabile, and Mahler's Adagietto from the Symphony No. 5 are so entrenched in the public's imagination that dissenting criticism is almost pointless. Even so, Bernstein's labored versions of Mozart's Romance from Eine Kleine Nachtmusik and Vivaldi's Largo from the "Winter" Concerto are still open for debate. Recorded at Columbia Studios, Avery Fisher Hall, and the Manhattan Center between 1963 and 1976, the varied acoustics and limitations of the analog tapes are substantially improved through Direct Stream Digital and SBM Direct. 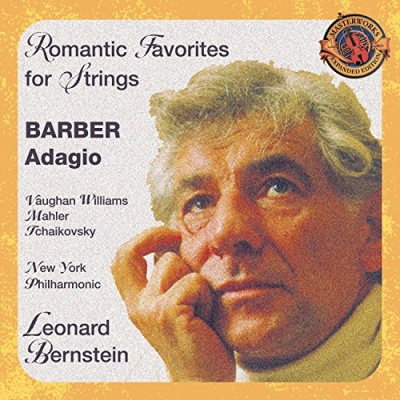