Time has been unkind to Leonard Bernstein's Mass (1971). This extraordinary work was once an international sensation and was considered a breakthrough piece for its bold social criticism, ecumenical compassion, and ingenious musical innovations. Due to these aspects of Mass, it now seems dated, the passage of time having eroded some of the work's relevance. Bernstein's incorporation of rock and blues seems, in retrospect, a serious miscalculation, since his attempts sound trendy and weaker than the exciting popular music of the time. Bernstein's extreme eclecticism seems like a test of his street credibility and political bravado instead of a genuine investment in musical diversity. With that said, Mass still has considerable power to move, particularly when Bernstein's music is serious and sincere. "A Simple Song," "Thank You," and "I Go On" are among the work's finest numbers. The choral pieces "Almighty Father," "Sanctus," and "Secret Songs" are still fresh and stirring works of deep religious feeling. The Three Meditations interspersed through Mass are frequently performed together as a concert set. In consideration of the many fine parts that nestle in Mass like gems in ore, it is fair to say that this imperfect work will continue to fascinate listeners for some time to come. 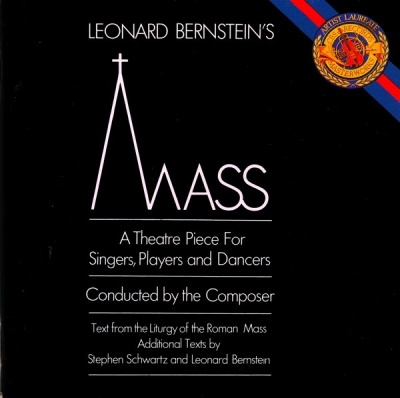