Believe it or not, there was a time not all that long ago when there were not hundreds of Mahler recordings in the catalog and performances of his symphonies were something of a rarity. The great Mahler revival blossomed in the 1960s and Leonard Bernstein was one of the figureheads. While there were other distinguished conductors working for the cause, Bernstein, as a composer and music director of one of Mahler's own orchestras seemed to feel a particularly strong identification with the music if not the man himself.

This 'Titan' part of Lenny's first Mahler cycle was recorded in 1966 at what was then called Philharmonic Hall. It is a performance which underlines the darker sides of the piece, the sinister anticipation of the slow opening, the grotesquerie of the third movement's mock funeral procession and the furious storm of the finale. Years later Bernstein would view this music somewhat differently, but this disc offers a vibrant snapshot of the younger artist at his most intense. 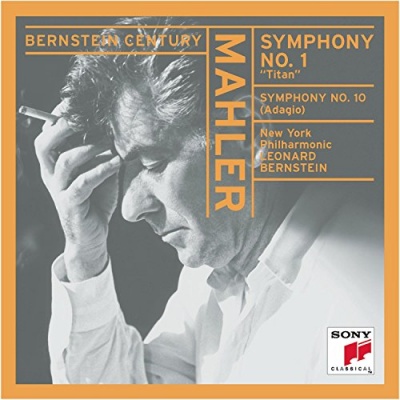