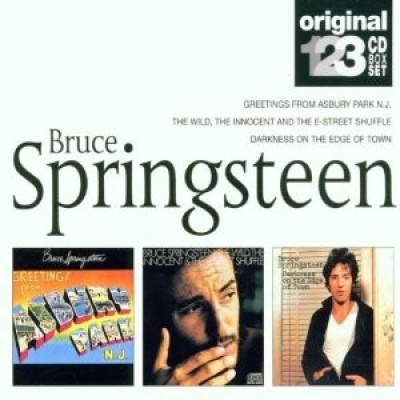 Sony apparently cannot make up its mind. In 1997 the label released these three recordings together in a slipcase box. In 2004 the label repackaged them in longbox form, and in 2005 went back to the slipcase with a different cover. There is nothing different about these recordings together than there is taking them in separately, except that it might look hipper on your shelf this way. These are the first, second, and fourth full-length albums by the Boss, and it would have been better if Born to Run was issued alongside the first two not just for chronological reasons but also for aesthetic ones, as the sonic jump from The Wild, the Innocent & the E Street Shuffle to Darkness on the Edge of Town is enormous.