Reportedly, Bruce Springsteen recorded most of Human Touch in 1990, but left it unreleased. He returned to work in the fall of 1991, intending to add a song, but ended up recording a whole new album, Lucky Town, and then decided to release both records at the same time in the spring of 1992. He might have been better off pulling a couple of the stronger songs from the earlier album, adding them to the later one (which runs less than 40 minutes), and shelving the rest. While Human Touch was a disappointing album of second-rate material, Lucky Town is an ambitious collection addressing many of Springsteen's major concerns and moving them forward. Here was the rage and the humor, the sense of compassion, the loyalty and commitment that had been the stuff of Springsteen's best music from the beginning. Songs like "Better Days" and "Local Hero" commented on and deflated the commercial success with which Springsteen clearly felt uncomfortable; "If I Should Fall Behind" and "Book of Dreams" expressed romantic fidelity and generosity; "Souls of the Departed" contained scathing social commentary; and "My Beautiful Reward" was a meditative epilogue. The lyrics were better, the arrangements tighter, the performances more powerful than those on the companion release. If Lucky Town, like Tunnel of Love and Human Touch before it, sounded a little under-produced, it nevertheless had the mark of the major artist Springsteen is, and if he had released it alone, it might have had a more significant impact. 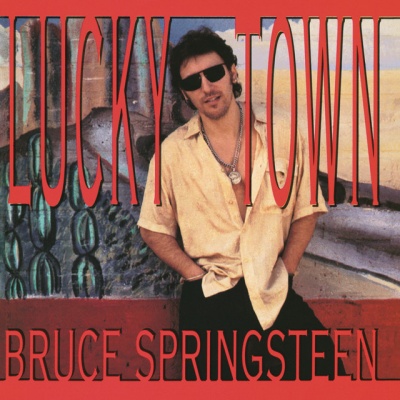