Western Stars is a title that suggests wide-open, cinematic vistas, music made for the outer reaches of a widescreen. Such sweeping ambition isn't necessarily alien to Bruce Springsteen, a rocker who designed his self-styled 1975 breakthrough as a larger-than-life hybrid of AM pop and FM album rock profundity -- a daring fusion that eventually favored the latter, perhaps because it was easier for the E-Street Band to fill arenas with cranked amps and big riffs. Western Stars contains none of that rabble-rousing. Springsteen plays and writes with a gentle touch on this 2019 album, his empathy evident in his series of story songs and character portraits, and in his embrace of another aspect of AM radio that he previously avoided: orchestrated arrangements so rich and enveloping they can sound softly trippy. Taking his cues from the lush hits Jimmy Webb wrote for Glen Campbell, Springsteen never opts for music that is as opulently ornate as his inspirations. His words are a little too direct, for one, a combination of cannily sturdy clichés tempered by startling turns of phrase that pull songs into perspective. The clichés are intentional. All of its allusions to the culture of the '60s and early '70s -- the swirling strings, the songs of wanderlust, the wink to Leiber & Stoller in the title of "Sleepy Joe's Café," a nod to Danny O'Keefe's "Good Time Charlie's Got the Blues" on "Hello Sunshine" -- conjure a collective memory of a time when hippie ideals faded in the dawn of the '70s. This isn't a piece of nostalgia on Springsteen's part, though. These references deepen a collection of songs that are sweet, sad, and searching, songs that feel finely etched on their own terms but gather a deep, lasting resonance when collected on this enchanting album. 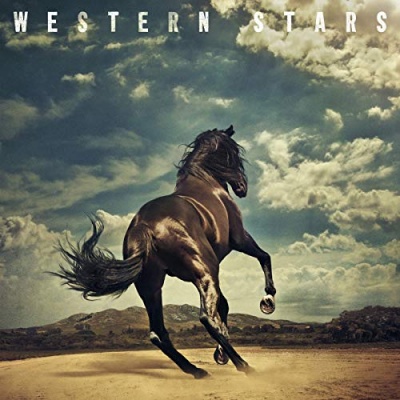