Born in the U.S.A. Review

Bruce Springsteen had become increasingly downcast as a songwriter during his recording career, and his pessimism bottomed out with Nebraska. But Born in the U.S.A., his popular triumph, which threw off seven Top Ten hits and became one of the best-selling albums of all time, trafficked in much the same struggle, albeit set to galloping rhythms and set off by chiming guitars. That the witless wonders of the Reagan regime attempted to co-opt the title track as an election-year campaign song wasn't so surprising: the verses described the disenfranchisement of a lower-class Vietnam vet, and the chorus was intended to be angry, but it came off as anthemic. Then, too, Springsteen had softened his message with nostalgia and sentimentality, and those are always crowd-pleasers. "Glory Days" may have employed Springsteen's trademark disaffection, yet it came across as a couch potato's drunken lament. But more than anything else, Born in the U.S.A. marked the first time that Springsteen's characters really seemed to relish the fight and to have something to fight for. They were not defeated ("No Surrender"), and they had friendship ("Bobby Jean") and family ("My Hometown") to defend. The restless hero of "Dancing in the Dark" even pledged himself in the face of futility, and for Springsteen, that was a step. The "romantic young boys" of his first two albums, chastened by "the working life" encountered on his third, fourth, and fifth albums and having faced the despair of his sixth, were still alive on this, his seventh, with their sense of humor and their determination intact. Born in the U.S.A. was their apotheosis, the place where they renewed their commitment and where Springsteen remembered that he was a rock & roll star, which is how a vastly increased public was happy to treat him. 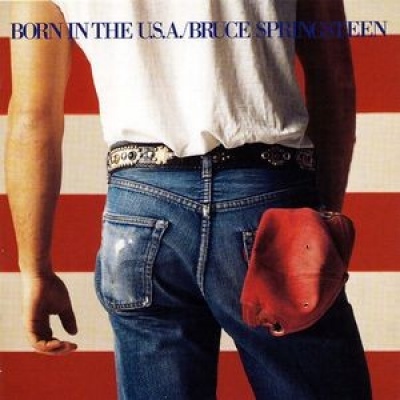 Born in the U.S.A. Album Information